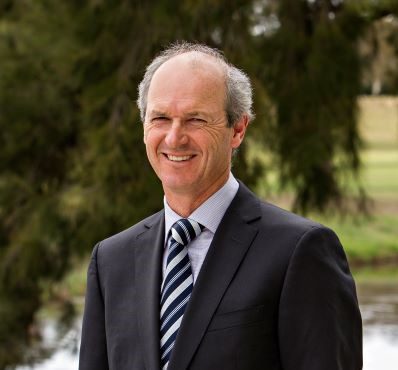 The October Council Meeting had a number of significant items on the agenda.

Apollo Fabrication a significant employer in Young are seeking support from Council for an application to the State Government to re-zone the land around their existing operations to enable them to expand.  Currently the land is zoned R1 which is general residential.  To expand they need the land to be re-zoned to industrial.

Whilst there is definitely a preference to keep industrial areas and residential areas separate it would be cost prohibitive for Apollo Fabrication to relocate from their existing site, nor are there any other obvious places for them to relocate to.  It is critical that Council supports existing businesses.

The other significant item on the agenda was the current financial position of  Council.  The current operating position is not sustainable  in the short term let alone in the medium to long term.  There are numerous reasons why we are in the current situation and they all relate to the very difficult and huge task of trying to amalgamate the three former Shires.

During the period of Administration a new software package was purchased which cost many millions of dollars and sadly not one person knew how to use it.  Whilst the program may be the “bees knees” when it comes to Local Government software the inability of staff to utilise it meant  budgets have been late, projects have been overrun and thousands and thousands of hours have been wasted trying to input and retrieve data without anyone having the wherewithal  to do it effectively and efficiently.

The onerous amalgamation task has led to a high turnover of staff and a loss of corporate knowledge at a time when it has been needed most.  New staff have had to come in and try and pick up the pieces to work out where projects and budgets are up to, whilst at the same time try and ensure day to day business continues to operate.  Millions and millions of dollars in grants have been thrown at the Council which to some extent has exacerbated the problem.  When time should have been spent trying to get the operations running smoothly there has been pressure to  meet deadlines associated with grants with more projects in the pipeline in the last 4 years than Harden, Young and Boorowa had seen in the previous 10-20 years.

At the end of the day they are all  just excuses, the real task is going to be fixing the problem.  In the last 12 months under the control of General Manager Anthony  O’Reilly there has been a reduction in the deficit of $ 5 million through cost cutting and a reallocation of the workforce.

To get Council back into the black however is going to be a difficult task with more hard decisions to be made.  At the October Council Meeting it was resolved to undertake a serious review of all costs with the aim of making significant cuts, reducing the use of contractors and consultants and to consider a raise in fees and charges.

Whilst Council voted to reduce employment costs, I believe a significant cut to staff numbers would be detrimental to Council. Now more than ever we need good staff to help carry Council into the future.

When the new Council is voted in in December consideration of a Special Rate Variation (SRV) will need to be determined to fill any shortfall not achieved through cost cutting and user charges.  It won’t be an easy decision and certainly one that won’t be popular with the  general public.